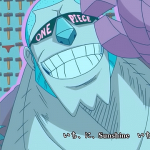 This Eko Eko no mi, is without any user, so can I have it?

I advise that we stop this game.

It's getting tedious, and I'm getting tired of this repetitive streak.

You've only been banned for 2 hours as expected.

If I was in better health we'd continue this.. but I'm unsure how long this will be. So yeah.

Still looking forward to the rest of your prediction.

hey gen this is inushima can i have The Tatsu Tatsu no Mi, Model: Space Dragon ?

Yo General, I came by because I recently had an idea I wanted to propose. What you said yesterday (or the day before that, I can't fully recall) about there being quite a few Galley-La shipwrights on this wiki had me thinking. The only ones I can fully remember by this point are our own shipwrights, Genesis and Timber. And it dawned on me a while ago, when thinking about it, that maybe they could have worked in the same dock together at one point? (Depending on if you have anything planned for Genesis' backstory or not.) That, and because I was thinking this morning, about what dock Timber would have been a part of. I haven't chosen a number, but I was thinking of avoiding Dock One, just to be safe.

So first off, may I ask for your thoughts on all this? Personally, I think this'd be a pretty cool idea, considering i'm still a fan of the Angel Pirates, and it could help enrich both of our shipwrights' backstories a bit. That, and if it isn't too sudden or bold, maybe as a result, Genesis could have a cameo in One Dream once I reach the Timber Arc (though depending on how much work has been put into her by that point, the cameo will range from being simple and quick, to decent enough that readers could go "oh!! That's Genesis! Awesome!") Of course, it's still going to take a while to get there, but I should give you fair warning that the Timber Arc is going to be the next arc i'll be writing in my story, once I finally wrap up the current Spike Arc.

I don't mind one way or another if you accept or decline this offer. But i'd feel pretty stupid if I thought of this and said nothing. If you do agree however, maybe we could work out the details over time. Anyway, hope to hear back from you soon. Good luck progressing one of the coolest crews of this wiki. ^_^7

Pretty self explanatory :D Thanks for the birthday wish!! I had a great time thanks!! ^-^

Haven't seen you on chat in a while! Visit more!

It's bee a while since we've seen you I thought I'd send out a message in a bottle to see if you get it. It's been too long man, hope we can see you again soon.

Your rat zodiac and i want to know what you want to look like as rat.

These are the "extra questions".

What kind of winter coat? Edit

Can you send me picture?

Yo General, is it ok if I have/borrow this fruit for one of my characters? Thanks for Considering.

Hey General, do you mind if I have the Chen Chen no Mi?

Do you want to join in this?

I am in need of your assistance~Edit

As the title says, when you read this whenever that may be, send me a message~

So, after talking about a character of mine over on Sea of Fools who uses a DF called the Matter Matter Fruit, I began to consider bringing him over here and adding him to the Ika Bounty Hunters. And since you made the Mondai Mondai no Mi and aren't as active here anymore, I was wondering if it'd be OK if I had it for my character. If not, I can understand. >_<

If I can have it, may I ask another favor of you? I had other ideas for what the fruit's powers could do, such as alter the color and density of matter as well. Would it be OK if I added that to the fruit's powers if I accept it as my own?

THANK YOU SO MUCH, SIR! T_T7 I AM IN YOUR DEBT! AND I DO NOT MIND THE LATENESS, SIR! I AM JUST HAPPY TO HEAR FROM YOU AGAIN, SIR!

THIS HAS BEEN YOUR JOYOUS, ETERNALLY LOYAL SUBORDINATE, WYVERN! MAY THE PERV AND CYBORG GODS BLESS YOU, SIR! ^_^7

Yo Gen! Just CJ here popping in and asking if your planning on doing anything with the Chen Chen no Mi?

Dear [INSERT ADMIN NAME HERE], I am posting my request for permission to involve....blahblahblah....punch a Tenryubito. I am lazy, so imma just paste my original idea proposal from Wyv's page.

I've been thinking, the restrictions placed on harming or killing Tenryubitos are there because

1) Assaulting one is extremely significant and worldwide news, and would likely have a large impact on the world, affecting canon

2) There are a limited amount of them and very few can die or be assulted without, again, becoming international news and affecting canon

Naturally, being the weasel I am, I started thinking about ways around this. Which led me to a different way of screwing up how things are usually done, the idea of a Tenryubito that retains the typical attitude of disdain of others and self-image of him/herself as a god, but with the strength and viciousness to back it up, actively venturing out from Marejois to kill some commoners every so often. Basically, a hunter.

Where do those points connect? I honestly only came up with this part while I was writing this, but I can picture the idea that this Tenryubito has his own private island, where he hunts slaves and the odd stray adventurer for sport. Now, if something were to happen to him on this secluded island, something that left him alive and capable of leaving, but humuliated him, I can imagine that he would keep it all hush-hush and not let it reach the other Tennis Balls Tenryubitos or the public, then canon is unaffected, life goes on and I get to explore class issues, grey morality and maybe some other things.

That said, I can totally understand if this idea still requires 2 admins to agree on it, or even if it's poo-pooed completely. At this point, the top half of this post has lost its relevance anyway and I have a thing about deleting notes, so I'm still gonna post that.

In summary, I want to beat up a Tenryubito, the Tenryubito is big and angry and it probably won't break canon. Thank you for your time, like favourite subscribe, and vote for me.

(P.S. This scenario, if approved, still won't be in the story for a while, so if you say "wait until then", that's cool too.)

Thank you [ADMIN NAME], for reading this, and I like your [hair/hat/facial hair/armpit hair/lack of hair], it goes well on your [head/armpit/hat/skull].

I hope you've been well. SOF has a private discord channel now that I want to invite you to if you're interested. I'm sure a good handful of other people will remember you. If you can add me as LVDoomien#3950 or contact me elsewhere and we can chat a little about who's there and who's not.

Retrieved from "https://shipoffools.fandom.com/wiki/User_talk:Generalzer0?oldid=288829"
Community content is available under CC-BY-SA unless otherwise noted.